In 1894, in the Oasis of Jacksonville, the Desert of Florida records indicate that the first Temple was established by the Imperial Council St. Joseph Temple #8 in Jacksonville, Florida.

Rev. Frank C. Brown of Jacksonville, Florida served as the 1st Illustrious Potentate and Deputy Grand Potentate for the Desert. Noble Brown was also the Deputy of the Valley for Ancient Accepted Scottish Rite Masons. He and Past Grand Master/Grand High Priest/Grand Commander Reuben S. Mitchell were some of the first 33rd Degree Masons and Nobles in the Desert.

In the beginning St. Joseph Temple #8 was not known as Union or Rabia Temple and it wasn’tuntil after 1903, that Grand Master John H. Dickerson pegged the temple as Union Temple No. 8. The word Union had a great influence on the Masonic people in Florida. Four Grand Bodies in Florida use the title Union. The Grand Lodge was Named Union because of the merger of the two Grand Lodges in 1879. These came thereafter: Union Grand H.R.A.M., Union Grand Commandery, K.T. Union Grand Court H. of J. therefore, he felt, Union Temple was justified at that point and time.

Through their leadership Grand Master Dickerson was created and progressed. Once Grand Master Dickerson was elected and began to use the iron fist rule, he replaced Deputy Brown and served as Deputy of the Desert until 1916.  The name Union met with objections from the Imperial Council because the name Union was not an Arabic name. Therefore, the name Union was changed to Rabia in 1944. Rabia Temple has been living up to the purpose and principles of the Nobles of the Mystic Shrine since its inception. Our participation in the activities of the Imperial Council has been intensified for many years. As the Desert began to grow, it underwent a battle with the mainstream nobles concerning the organization of Rising Sun now Harram Temple #23 in Tampa, Florida. 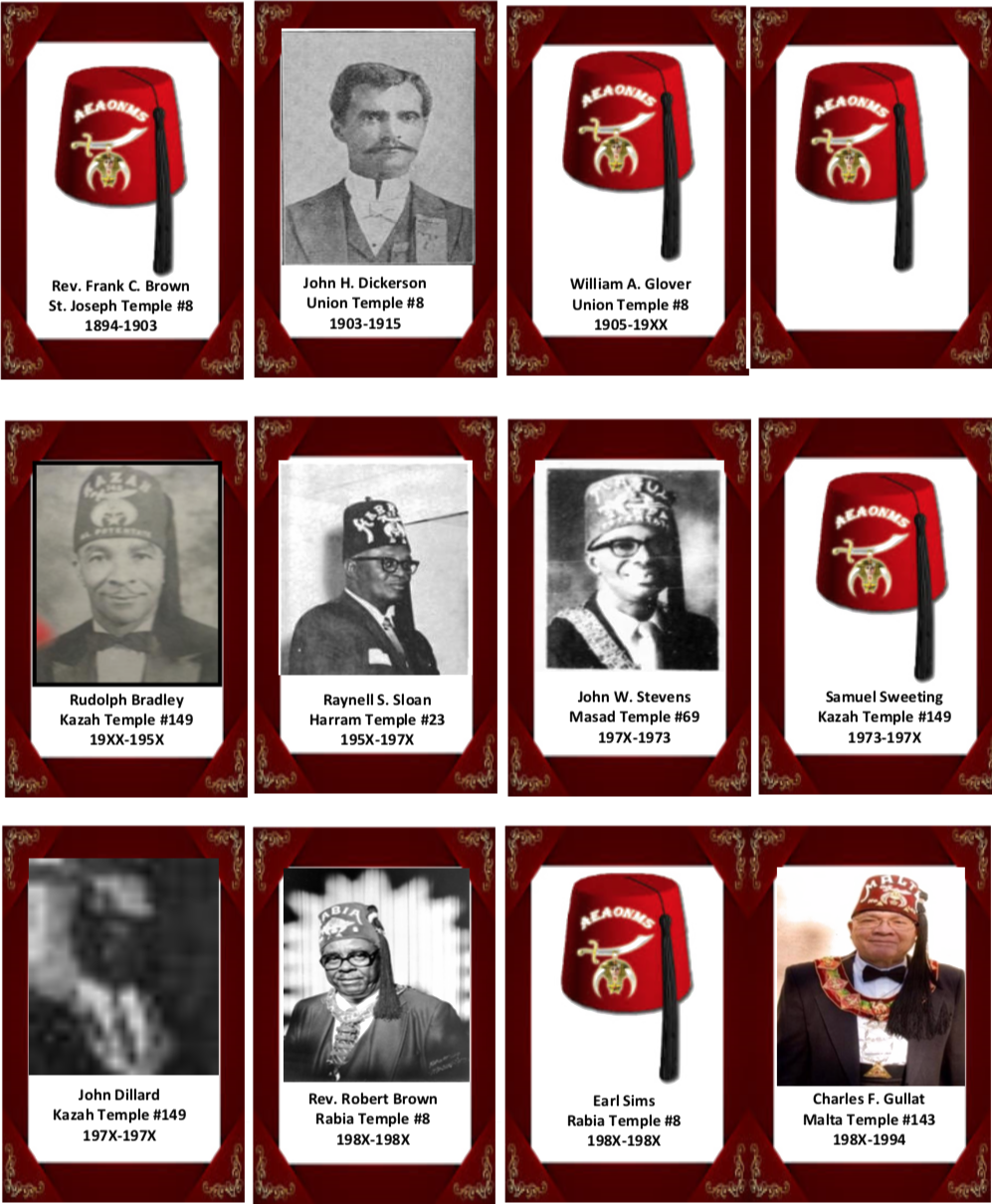 The History of Gala Day

Gala Day was the brain child of Daughter Flora Watkins and Noble Claude Watkins. At the time of its inception, Noble Watkins was the Imperial Deputy of the Desert of Indiana. He approached the Imperial Potentate and Imperial Council with the idea of declaring a day to honor the Deputies of the Deserts throughout the Imperial Domain. The idea was first met with many objections in the Council by a very conservative block of officers of the Shrine. The Imperial Potentate, Noble Raymond W. Jackson #61 (1939-1955), “A Man for the Hour,” embraced the thought that the Deputies worked for the Council all year and deserved the tribute. He also reasoned that local Temples could make money for charity.

Upon giving the idea its approval, the Imperial Council decreed that the event should be known as “Gala Day”, and that the Deputy of the Desert must be in charge of all arrangements and business pertaining to the events. The Council ruled that each Temple in the Desert would be allowed the opportunity to serve as hosts, with the initial event to be held in 1945.

Gala Day as we know it today is a joint celebration between the Nobles of the Mystic Shrine and the Daughters. This is why we celebrate “Gala Day.”